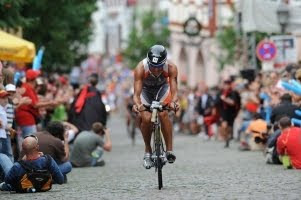 Research has come out hinting that the modern-day elite level swim/bike/run triathlete has finally caught his single-sport counter-part. Apparently in the 80’s when they last tested triathletes’ aerobic measures as compared to single-sport athletes, the runners and cyclists were physiologically more capable and better trained in their respective fields. Of course, they get the privilege of training exclusively for their sport and naturally they become beasts in their little niche. But then something happened. The sport of triathlon got huge and grew bigger, faster than any other endurance sport ever has, and triathletes adapted. Recent studies conclude that elite level triathletes’ aerobic measures resemble indistinguishably that of endurance athletes competing in single-sport.
We can draw a couple conclusions from this study: